A History of Roulette

A popular game since the 18th century, Roulette is named for the French word meaning “Little Wheel.” This is evocative of the game, as it is played on a small wheel that spins, allowing a ball to get ‘caught’ in one of the many slots as the wheel slows its spinning. It is believed that the game itself came into being as an offshoot of famous mathematician Blaise Pascal’s search for a perpetual motion machine in the 17th century. It is a hybrid of the gaming wheel created for the Italian game Biribi which was invented in 1720. Roulette is a game has been played in its current form since 1796 in Paris, France. In the French versions of the game, the house would always have 2 slots, giving it the advantage in the otherwise game of chance that playing Roulette affords the players. Originally the numbers on the wheel were only red and black, but green was added to avoid confusion in the 1800s. Roulette stayed in France and Germany until the 19th century where it made the jump to the Americas where it underwent a couple of changes. When it started in the United States, the wheel had the numbers 0-28 plus a double 0 on it. In addition to this, there was also a slot with the American Eagle on it for the house advantage. 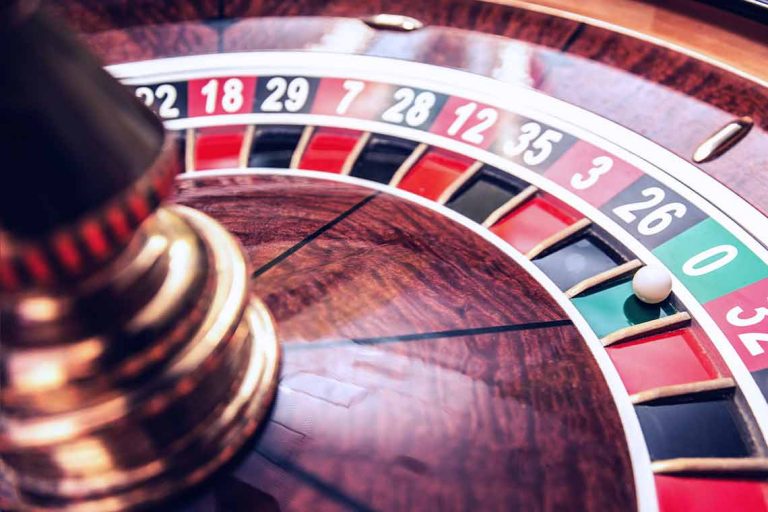 Interesting Facts and Trivia About Roulette

1. It is mainly played by men. Only about 20% of roulette players are women.

2. There are about 20 different variations of the game.

3. It is one of the more simple casino games in terms of rules.

5. It is the most popular game of chance in Europe, surpassing even Blackjack.

6. The numbers add up to 666, and it was believed that the people that first created the game sold their soul to the devil to come up with it.

7. It was initially very popular with people that were gold diggers in the United States during the Gold Rush. These people combined the two qualities that are needed to succeed in the game: a belief in luck and patience.

Roulette continues to be popular in the digital age with the advent of online casinos giving players the ability to test their luck even while they are at home. The mesmerizing look of the wheel going counterclockwise while the ball goes clockwise is still appealing to humans even after more than 4 centuries of play. If you’ve never played this game, you’re in for a classic treat. So go out there, good luck, and have fun with one of the best casino games in the world!